6 Medicinal Plants to Grow in Your Garden

6 Medicinal Plants to Grow in Your Garden

Before the advent of modern pharmaceuticals, people cured what ailed them with a vast array of natural substances, not the least of which derived from plants. Around the world, knowledge of which plants were useful for different symptoms was passed down through the ages and cultivated for the purpose of providing relief or cure as well as culinary use. Still today, this knowledge shared and widely available for the modern generation to make use of nature’s medicine. Here at Eden Brothers, we offer a wide variety of medicinal plant seeds that can help turn your garden into your very own natural medicine cabinet. Here are six medicinal plants we think you’ll love growing in your garden.

We’re not sure if George R.R. Martin was inspired by the name of this plant, but we do know 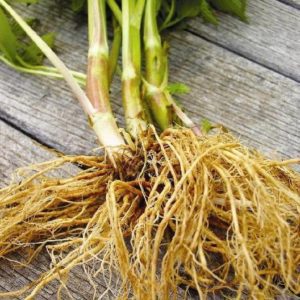 that its roots have been used as medicine by man since at least the age of ancient Greece and Rome. In fact,  Hippocrates –– the Father of Medicine –– described the plants properties and it was soon after prescribed as a remedy for insomnia. Today, Valerian is used to relieve mild nervous tension as well as a sleep aid. Additionally, some say Valerian can also help with several other issues including anxiety, high blood pressure, menstruated cramps, et al.

“Milk thistle history is quite vast. Humans have used milk thistle for over 2,000 years. In Roman times, Pliny the Elder wrote about the effective power of milk thistle. In Greek times, the doctor Dioscoriodes authored a book on approximately 600 medicinal plants and herbs. The doctor mentioned milk thistle tea as a remedy for snakebites.”

Native to Europe, the Middle East, North Africa, as well as parts of the Mediterranean, this fast growing plant can reach heights of up to ten feet high and is crowned with a spiked, purple flower which produces hundreds of seeds that concentrate the medicinal compound.

Silymarin—the active ingredient in Milk Thistle milk—is an anti-inflammatory and antioxidant which is used to treat liver issues, cirrhosis and more. It’s often also used to help with issues associated with alcohol abuse.

Tea lovers will likely recognize this cheery flower, often showing up in tea blends or on its own.

Described as smelling of apple blossoms by Pliny the Elder, Chamomile was used by the ancient as an ailment for fever, stomach aches, colds, cramps, wounds and more. Interestingly, the ancient Egyptians found it useful as an addition to their preserving oils for embalming pharaohs.

The fragrance and usefulness of the flower made it a prized plant which became common around Europe—eventually being brought to the Americas by settlers.

With a flavor similar to that of licorice, Anise is a prized plant native to Egypt and considered to have a number of useful medicinal properties including regulating blood sugar, blocking the growth of fungus and bacteria, easing menopause symptoms, or protecting against stomach ulcers. A common spice used in cooking, you’ve likely experienced the flavor of anise in a dish or possible a dessert.

Not to be confused with the Chinese star anise of a similar flavor, Anise seed grows on a flowering plant and not a tree. Long prized for it’s many culinary and medicinal benefits, anise was at one time so valuable that it was used as a form of currency.

Echinacea—or as it is commonly referred to, Coneflower—is a flowering plant that produces stunning, colorful flowers that pollinators love. The only plant on our list native to the Americas, Coneflower was introduced to early settlers by Native Americans who used it extensively for countless ailments including burns, wounds, insect bites, et al. Additionally, they chewed the roots to treat toothaches and throat infections, or internally for pain, coughs, cramps and snake bites.

Today, Echinacea is used in both pill and tea form to boost the immune system and fight against fevers and colds.

Named for its delicate, lemon flavor, lemon balm has a long history of uses for both culinary and medicinal means. Since the middle ages, healers and doctors have prescribed this herb as a sleep aid, anxiety reducer, for wounds and promoting overall longevity. Some evidence also suggests that lemon balm can help in protecting against problems with the heart and liver, diabetes and as a mood improver.

Growing your own flowers and herbs is always rewarding, but perhaps even more so when they can provide additional benefits to you whether as a medicine or flavoring agent. As with any medical issue, always advise your doctor and be sure to check to see that any natural supplement won’t counter the effects of any prescriptions you might be taking—including women who are pregnant or on birth control.

Ready to grow your own medicinal herbs—or perhaps you’re already growing your own? Tell us about your natural medicine cabinet in the comments!